I planned on sharing a great Holiday Gift Guide that I put together for this week's post, but with diamonds selling at auction for record prices this week I couldn't help but weigh-in on the excitement and the significance that this brings to our industry (stay tuned for the gift guide next week). 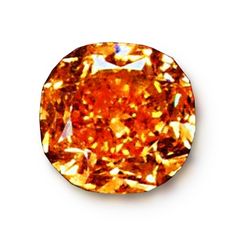 On Tuesday, Christie’s Geneva sold a 14.82 carat pear-shape diamond called “The Orange” - the largest orange diamond known to exist - for a record breaking $35,540,611. “The Orange” helped bring the total for Christie's Geneva autumn sale of magnificent jewels to $125,360,131. Just twenty four hours later,"The Pink Star" (a 59.60 carat oval cut pink diamond renamed "The Pink Dream" by it's new owner) was purchased for $83,187,381 at Sotheby’s Magnificent Jewels Geneva. The sale of “The Pink Dream” brought the evening’s total for the Sotheby’s sale to an unprecedented $199,512,930, the highest jewelry sale total of all time.

What happened in Genvea this week proves that the diamond industry has finally reached the same realm as the art world from a collectors standpoint, which makes me very happy. Over the past few years I have observed art selling for record prices, often wondering why diamonds had not reached those levels. In fact, from an investment standpoint diamonds make much more sense as they have historically gone up in value year after year (click here to read my column about the pros and cons of investing in diamonds). 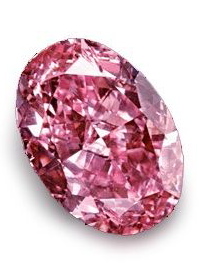 William Goldberg has always been known for the famous diamonds we have cut over the years, setting record after record with each sale. “The Orange” reminds us of a stone we owned in the late 1990s called “The Pumpkin”, which once held the prestige of being the largest Fancy Vivid Orange diamond in the world. Similarly, “The Pink Dream” is in good company with the world class pink diamonds acquired by William Goldberg, like the 8.9 carat oval pink diamond we called “Pink Muse”.

I can’t help but think what my father’s reaction would have been to the diamond history that was made this week, considering he is the one who set the bar for sales of this caliber. Although these dollar figures are impressive, as David Bennett, Chairman of Sotheby’s Jewelry Division in Europe and the Middle East and Chairman of Sotheby’s Switzerland, reminds us “The Pink Dream” and all of these jewels for that matter are “true masterpieces of nature”.