Joel and Lauren were just friends. They met in the 7th grade in Mrs. Smiths geography class, and they remained best friends for over 20 years. They were always there for each other through the trials and tribulations of life, helping each other through every unsuccessful relationship, and always there to pick up the pieces for the other one. They always knew they had someone to count on in their lives no matter what. But “best friends” they remained for over 20 years, till that one kiss…………….and then everything changed. They never thought it would happen, but once they started to talk, they realized this was the real deal. This was how their lives were mean to turn out!! It became crystal clear that they were meant to be together.They took their time before they shared the news with their family and friends, but when they did, there was so much joy to go around!

When Joel came to me to buy the engagement ring, he wasnt sure what he was looking for, only that he needed a special stone for the most special woman in his life. I was so moved by the story, and by his love for Lauren. I knew Ashoka was the only way to go. Their story, so full of love, and history, and such an amazing, unique story, needed a stone with a great story to go with it. The Ashoka brings joy into peoples lives , and Joel and Lauren already had all the joy they needed, so this was just the icing on the cake!

Joel surprised Lauren with a trip to Hawaii to propose to her! He left a rolled up note on Saturday morning saying “Aloha, my love….Pack your bags. We’re headed to the Big Island! It was tied in a William Goldberg blue ribbon, and 48 hours later, she would recognize the significance of that ribbon! Joel is surely a romantic and Lauren is one lucky girl! Actually, they are both extremely lucky and I wish them the best of everything in their wonderful future together. I cannot wait to hear the next chapter!!!

Now, here is the Ashoka ring Joel presented to Lauren on the Big Island!!! 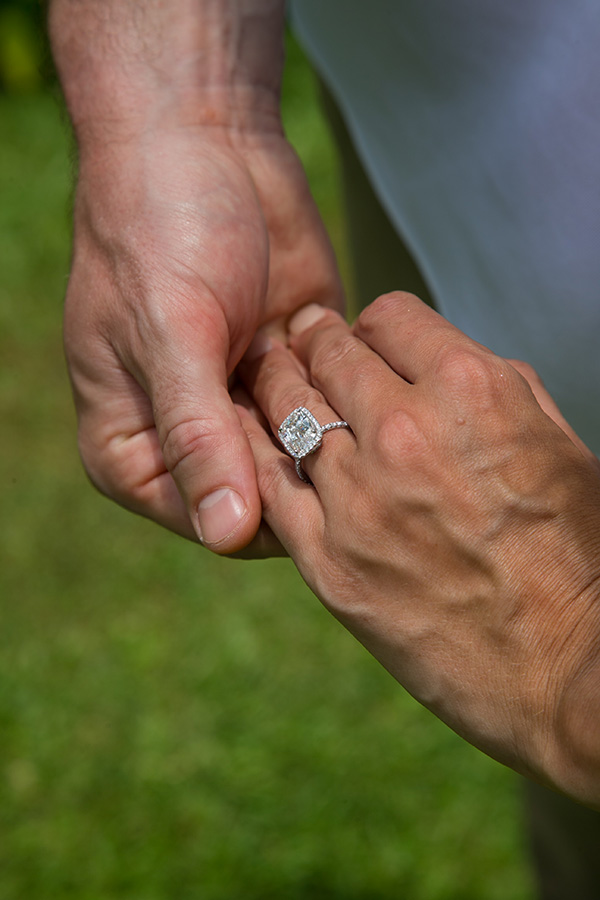