Who doesn’t love a good beach read? Over the holiday weekend I downloaded The Engagements by J. Courtney Sullivan, a fictional account of the passing of a diamond engagement ring among four couples from the 1930s to the present day as well as the story behind how the famed ‘A Diamond Is Forever’ slogan came to be and the real-life woman who created it, Frances Gerety. The book grabbed my attention for obvious reasons, plus I heard that Reese Witherspoon - who elegantly wears an Ashoka diamond engagement ring - nabbed the cinematic rights to make it in to a feature film. 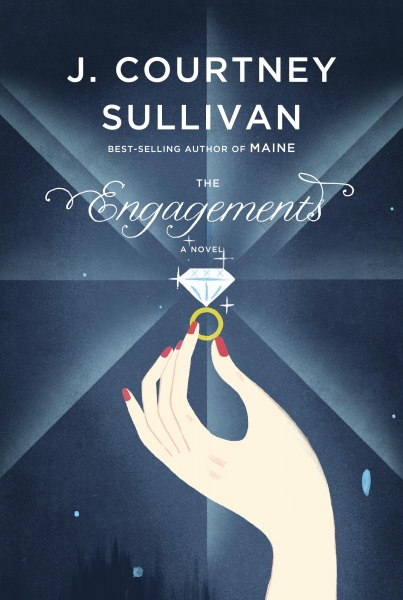 Having grown up in the diamond business, I really appreciate Sullivan’s extensive research about and her explanation of how a simple advertising slogan penned by a young female copywriter changed the history of diamonds and how we view them forever. My father founded William Goldberg a few years after the ADIF campaign was released in 1947. Many decades later, diamonds remain the preeminent symbol of love and it’s strange to think where we would be without Gerety’s timeless prose.

The history behind how the campaign came to be is fascinating. In the late 1930s, the then Philadelphia based advertising agency N.W. Ayer and Son was tasked by DeBeers to figure out a way to change the falling price of diamonds at the time. Ayer executives eventually suggested a strategy that reinforced diamonds relationship with love and romance, something that would tug at the heartstrings of both men and women. And, one night before bed, a bleary eyed Gerety - who was the copywriter assigned to the account - jotted down the phrase on a piece of paper and stuck it on her bedside table not realizing that she had just written part of history.

I also find it interesting that, beyond the romantic association we have with diamonds, there is still an aspirational quality to them that was just as important back then as it is now.  In the first pages of the book, Sullivan shares an N.W. Ayer and Son strategy paper from 1948 that says:

We spread the word of diamonds worn by stars of screen and stage, by wives and daughters of political leaders, by any woman who can make the grocer’s wife and the mechanic’s sweetheart say, “I wish I had what she has.”

Pick-up or download a copy of The Engagements for sure, it’s the perfect way to unwind during a summer evening or while relaxing by the pool or on the beach.