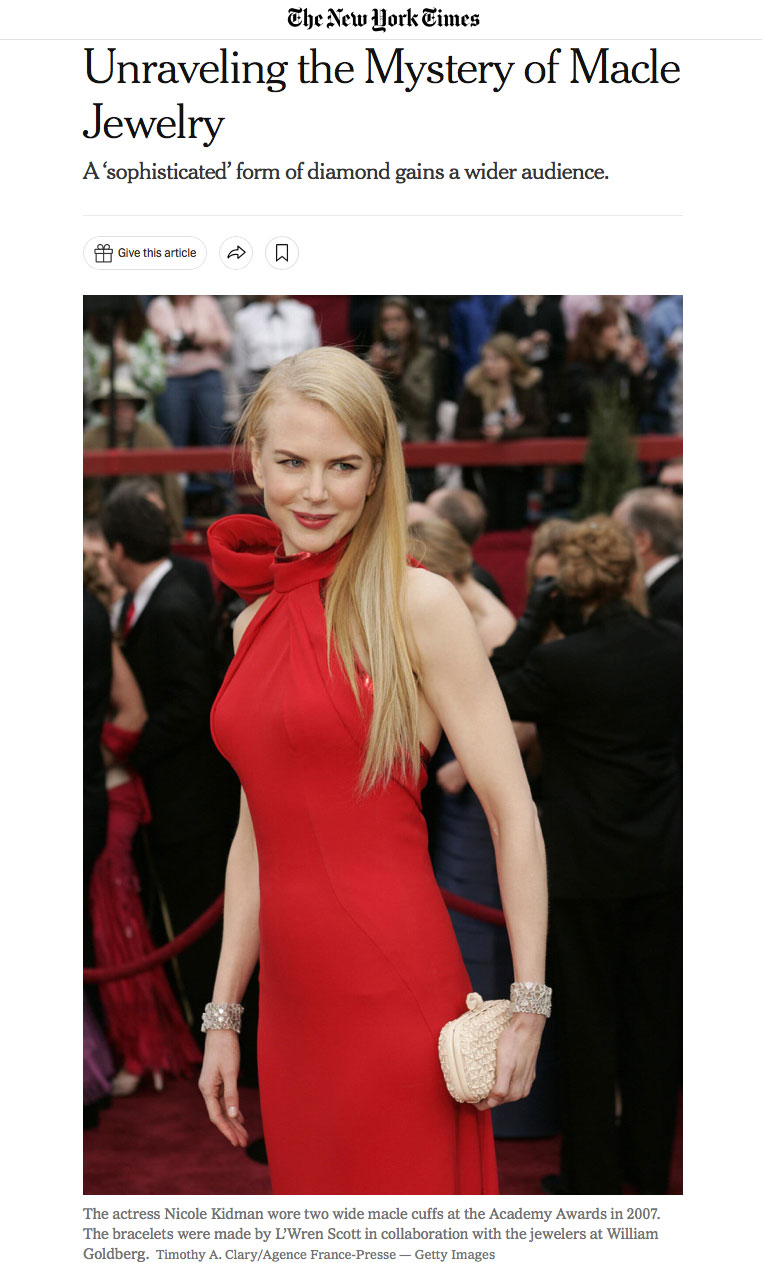 That’s the process that was used to create the two wide cuffs that Nicole Kidman wore at the Academy Awards in 2007 to accessorize the long, lean red column of a Balenciaga evening dress. On her wrists were what looked like a mosaic of misty triangular stones, or crystals, or sea glass maybe; glowing rather than sparkling.

The bracelets were made by L’Wren Scott in collaboration with the jewelers at William Goldberg.

Eve Goldberg, co-owner and creative director of the company founded by her diamond-dealer father, William, who died in 2003, said he had been known for his expertise in working with “uniquely shaped stones.”

“We were presented with the large collection of maccles. We laid them all out on the table and just started playing around with them,” Ms. Goldberg said in an email. “They were flat on both sides and we are used to having a pointed culet on one side. It was fun to move them around in the diamond pad and see what design ideas might work. We collaborated on those fabulous cuffs because the stones just felt right that way. My dad always said that the diamonds talk to us and tell us what they want to be, and these diamonds told us they needed to be on an arm and so they were!”