My father grew-up on Tiffany Street in The Bronx, a rather obvious foreshadowing to the industry he would later have such a profound impact on.  So when we first got the call that a New York City block was being named after him, it just seemed meant to be.

On Father’s Day 2006, my family and our close friends gathered on 48th Street between Madison Avenue and Fifth Avenue for the city of New York’s official naming of “William Goldberg Way.”  The ceremony was lead by my father’s great friend from our Brooklyn days, Senator Charles Schumer, who commented: “William Goldberg was a prince among men whose tireless work helped establish New York City’s Diamond District as the premier marketplace in the world for jewelry and precious stones. For generations to come, when someone asks: ‘Where can I buy an engagement ring or that something-special for a loved one? The answer will be: ‘On William Goldberg Way, of course’”.  A few passersby asked: “Who was William Goldberg?”, to which Senator Schumer replied: “This street is named for the greatest diamond merchant in the world.” 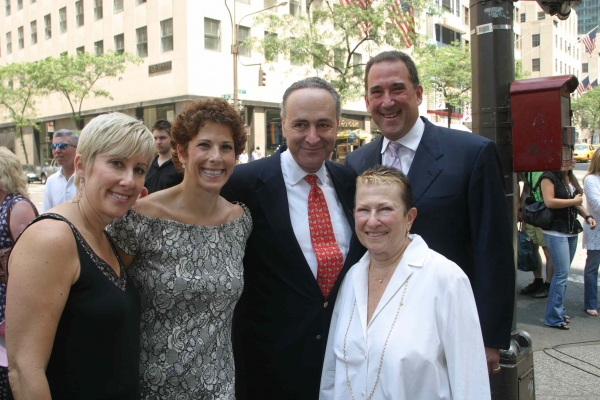 I know my dad could never have imagined such an honor and I think he would have been a little embarrassed by all of the attention. When he passed away a few years earlier, one of our friends in the diamond industry said to be sure to do something special and permanent in his honor, and nothing could have been more perfect than this tribute from the city he adored and loved so much. He was so proud to be a New Yorker.

His career has often been described as distinguished and legendary, both among his peers and those who had the privilege of calling him family. Bill Goldberg, as he was known, was the face of the diamond industry for so long, a father to so many more than my brother Saul, sister Deborah and I. My mother, Lili, his wife of 48 years, says: “Bill took on any project that would improve the reputation of the diamond industry as a whole, and was always there to help any individual who needed help earning a living in the business.” 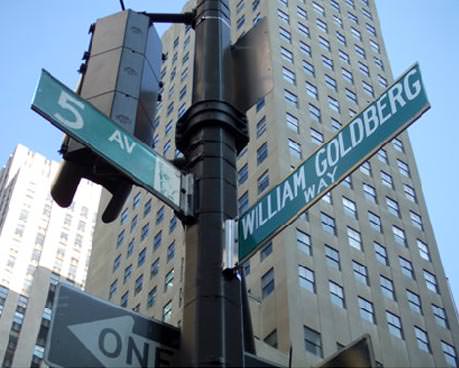 Every morning I pass by the street sign on my way to the office and I have to remind myself to look at it. It always makes me smile and makes me think of what a great man my father was, and how much he gave to both the industry and the city for which he was so passionate about.

Cool fact- I put in William Goldberg Way in my car GPS and it led me to 48th and 5th! That was such a great feeling!