Hong Kong is one of the most densely populated cities in the world, with almost twice the number of skyscrapers than New York. Yet three quarters of its 420 square miles is rural – with beautiful parks, scenic hills, woodlands, reservoirs and magnificent coastline stretching across more than 200 islands. This spectacular setting is where the world shops for the most prestigious luxury brands.

Since 1949, Hong Kong has been the home of one of Asia’s largest and most respected diamond wholesalers – the Lee Heng Diamond Company. There are 12 unique diamond and jewelry brands under the company umbrella. William Goldberg is honored to have its legendary ASHOKA® diamonds featured in four of their renowned brands: Falconer, MABROS, MADIA and MaBelle.

Falconer shop located in the Peninsula Hotel in Hong Kong. 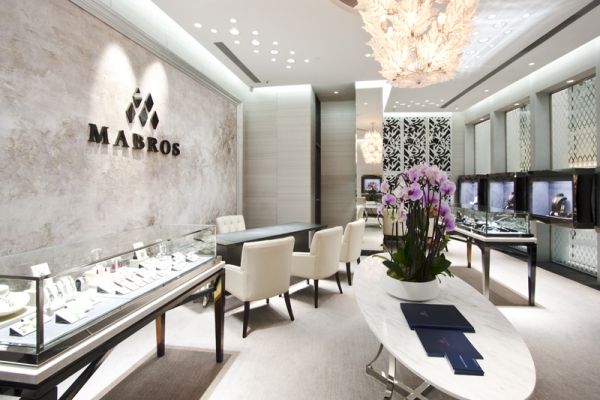 MABROS shop located in the LHT Tower in Hong Kong. 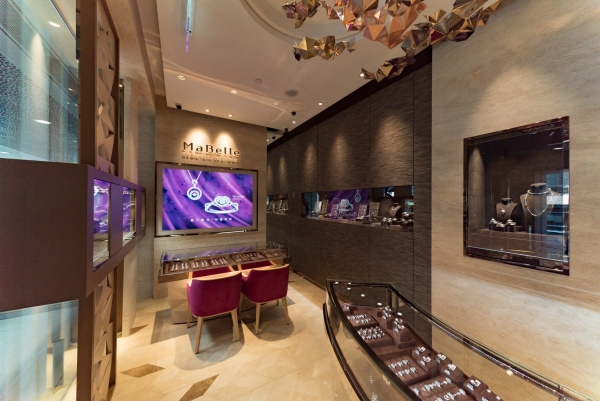 MaBelle shop located in the IFC Mall at Central Waterfront in Hong Kong.

This is a story that stretches back over half a century. Back in the day, William Goldberg made frequent sales trips to Hong Kong, bringing our finest loose diamonds with him. He’d heard great things about the remarkable Ma family and their company and wanted to meet them. Never one to be shy, he made a cold call. And the rest is history.

Since then, three generations of our company have worked with all three generations of the Ma family. In the early ’80s and ’90s, my brother-in-law, Saul Goldberg, and I made three to four trips per year to Hong Kong, working alongside Michael, Max and Lawrence Ma, and developed a very close, family-type relationship. They have purchased thousands of our diamonds over the years and in 2003, they launched their first collection of ASHOKA® diamond jewelry. Ben Goldberg has been working closely with Marvin Ma for two years now. Together, they’ve witnessed the ever-growing popularity of ASHOKA® with their traditional client base, as well as the strong attraction it has for young, Chinese Millennials. “They want something different and unique. They like rounded corners, so ASHOKA® is perfect for them,” says Ben.

This became clearly evident during the Ma’s spectacular three-day ASHOKA® VIP Event in October 2015, attended by some 3,000 people. Both Saul and Ben Goldberg attended the opening ceremony to speak on behalf of William Goldberg. They also took part in the unveiling of the world’s largest ASHOKA® diamond – a dazzling 48-carat diamond pendant, worn by former Miss Hong Kong, Aimee Chan. To quote Saul, “Everyone put their heart and soul into the event, and they did it right!” 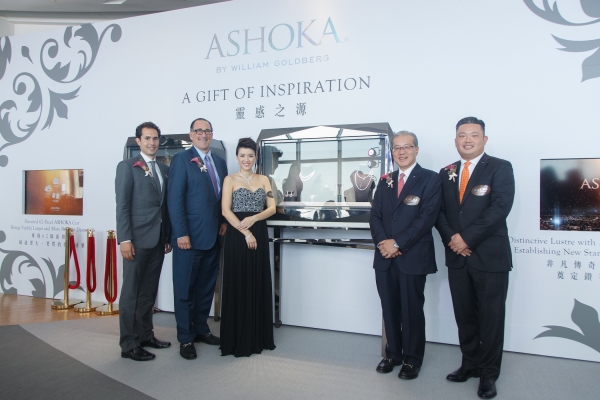 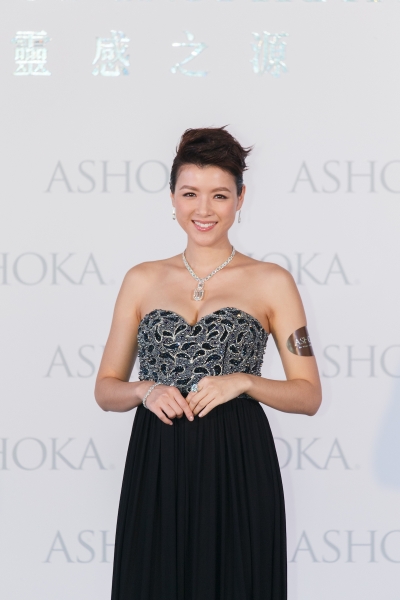 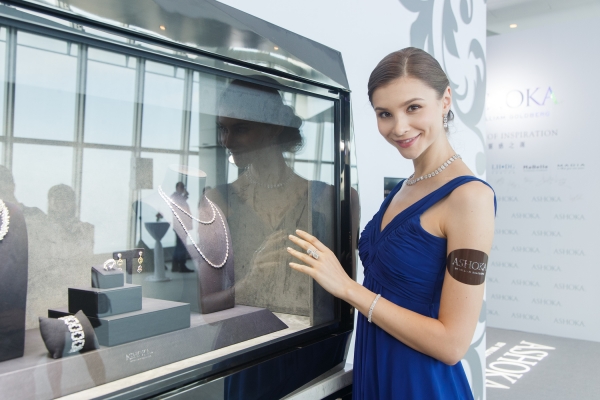 Anyone and everyone who had ever purchased an ASHOKA® diamond from Falconer, MABROS, MADIA or MaBelle was invited. And everyone was encouraged to wear their ASHOKA® pieces. It was astounding to see the huge number of people who actually own our diamonds all in one place, at one very special occasion. One of the Ma’s most important customers is both a jewelry lover and collector. Since discovering ASHOKA®, he has become a huge fan. His personal collection includes over 10 pieces of bespoke ASHOKA® diamond jewelry.

The Ma family of companies was built on a foundation of trust and integrity. They are constantly in pursuit of excellence, and deliver it every day – in one of the most exciting and challenging retail environments in the world. We look forward to where the future will take us, together.