Since 2015, we’ve posted a series of remarkable stories on the House of Goldberg blog about the world-famous diamonds that have been cut, polished and perfected here at William Goldberg.

This year, we’ll be sharing the fascinating stories of our strategic partners around the world, whose boutiques proudly represent our legendary ASHOKA® diamonds.

Our first story starts in the elevator of our building on William Goldberg Way, between Fifth and Madison Avenue. That’s where I first met members of the remarkable Wainwright family, owners of Boodles, one of the most respected family-owned jewellers in the UK. We struck up a conversation in those close quarters and I learned they had business in the building but needed a quiet place to meet among themselves. I offered them the use of our showroom, and the rest is history.

Anyone who has ever visited Boodles has experienced their impeccable customer service. The Wainwrights are known for an obsessive attention to detail that touches every part of their company. Founded in 1798 in Liverpool, six generations have built Boodles into a world-class fine jeweller with boutiques that stretch across London from its flagship store on Bond Street, to Sloane Street, Harrods, The Royal Exchange and, most recently, a boutique in The Savoy. The Boodles brand is also thriving in Manchester, Chester, Liverpool and Dublin. 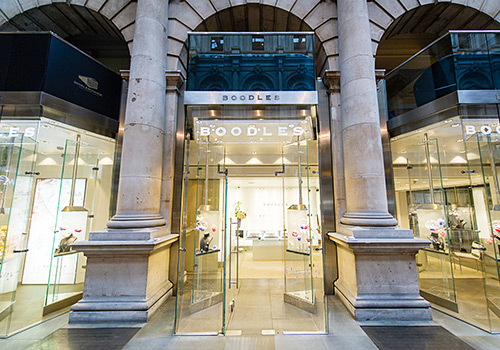 Boodles’ boutique at The Royal Exchange

The first item that Boodles purchased from our company was an exquisite 10-carat pear shape diamond. But it was our patented ASHOKA® diamonds that caused our relationship to blossom. In 2005, we offered them the opportunity to design their own line of ASHOKA® jewellery, exclusive to Boodles in the UK. Led by talented head designer Rebecca Hawkins, Boodles designers continue to expand the beautiful selection of ASHOKA® jewellery you’ll find in their boutiques. 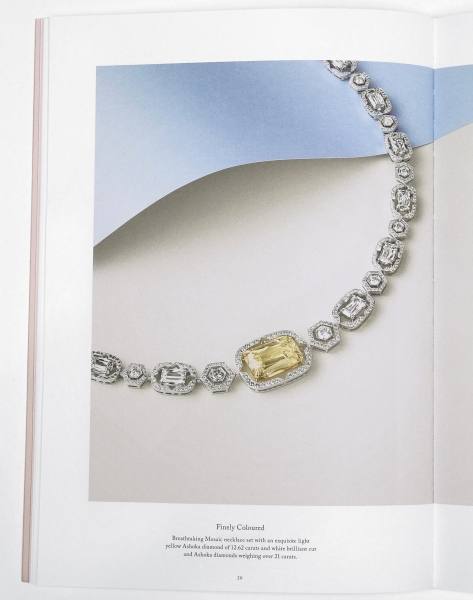 In 2014, the BBC documentary “The Million Pound Necklace: Inside Boodles” featured Jody Wainwright, Director and Head of Stone Sourcing, as he traveled to our showroom in New York to select our highest quality ASHOKA® diamonds.

But our relationship with the Wainwright family goes far beyond business. From Chairman Nicholas Wainwright and Managing Director Michael Wainwright, to the newest generation of Jody Wainwright and James Amos, we value their friendship as much as their partnership. In fact, I visit them several times a year, often with my wife, Dale. We love attending their legendary events. The Boodles Boxing Ball is one of the most highly anticipated events on the London social scene. Prince William and Kate attended the first event in 2006. Boodles May Festival kicks off the summer’s horse racing season. And The Boodles tennis tournament always attracts the world’s best players as they make their way toward Wimbledon. 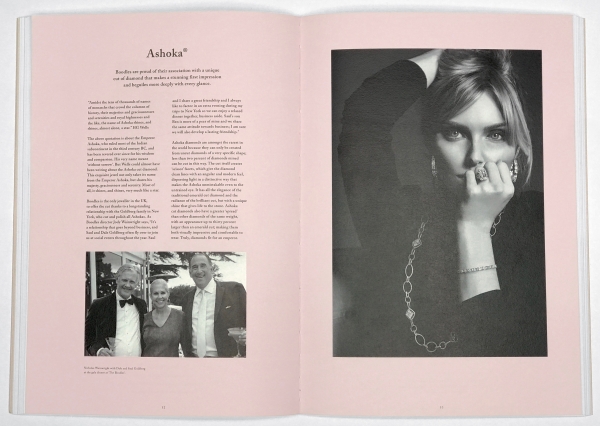 Photo (bottom left): Nicholas Wainwright with Dale and Saul Goldberg at the gala dinner at ‘The Boodles’ 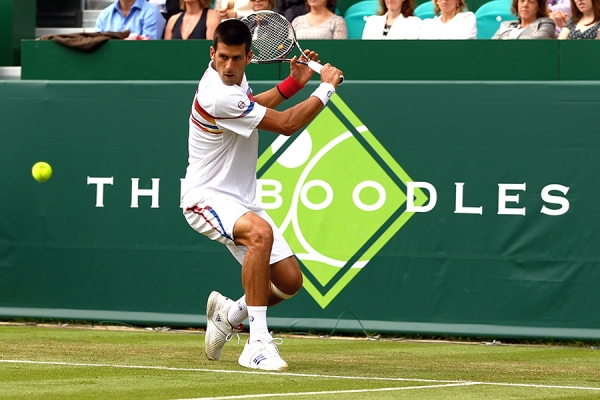 This is the “Boodles Lifestyle” – sophisticated, glamorous and philanthropic. Six generations of hard work, dedication, service and attention to detail have created the perfect setting for our ASHOKA® diamonds to shine – Boodles.