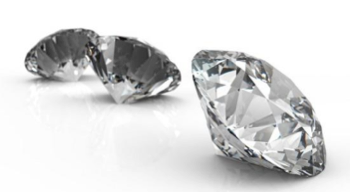 On February 18th, a group of thieves drove out of a Brussels airport with $50 million dollars worth of diamonds and gems. The investigation is ongoing, but this isn’t the first time that the federal authorities in Belgium have had to track down a team of highly sophisticated jewel thieves.

During the weekend of February 15th, 2003, a team of professional thieves carried off what was one of the largest diamond heist of all time. The vault beneath the Antwerp Diamond Centre was left open, diamonds and other items of worth scattered along the floor, as it was discovered when the Centre opened for business on Monday morning.

What made this heist so improbable, and so fascinating, was the layers of security measures the thieves had to overcome. For starters, the vaults were two stories beneath the ground, limiting the ways in and out of the area. The Diamond Centre had its own team of security personnel monitoring the area. As they moved closer to the vault, they had to find a way past a lock with more than a million possible combinations, infrared heat detectors, doppler radar, seismic sensors, and a magnetic field wired to sound an alarm if it was disturbed. The vaults should have been impenetrable, so how did the team of thieves walk away with $100 million worth of diamond, cash, and loose gems?

It started when a man called Leonardo Notarbartolo began renting a small office in the Diamond Centre, for approximately $700 a month. He posed as a diamond dealer, and began to familiarize himself with both the security at the Centre and the people who did business there. Shortly afterwards, he was approached by an unnamed man, possibly an Antwerp diamond dealer. The man had one question; was it possible to break into the Diamond Centre vaults? After some research, Notarbaltolo gave his answer: no. The man took the research, and set about finding a way to get through the security system anyhow.

A few months later, the man got back in touch with Notarbartolo. He’d put together a team of highly skilled masterminds, each the best in their respective fields. Together, they would be able to get into the vault. With that, all they needed was the perfect time to strike. That time was the weekend of February 15th. All of Antwerp was bustling with excitement; Venus Williams was in town to compete in the Proximus Diamond Games tennis tournament.The diamond district would be deserted.  Even better, the monthly diamond delivery had taken place two days earlier. The safe deposit boxes in the vault would be ripe with treasure.

The team gathered on the evening of the 15th. Just past midnight, they put the plan into motion. Everything went off without problem; investigators would marvel at the ingenuity when the heist was discovered By 7:00 AM Sunday morning, they had loaded their getaway car with as much as they could carry and were quickly escaping the city.

If it wasn’t for an interesting bit of luck, investigators might not have ever discovered the team behind the robbery. A landowner not far outside Antwerp called the authorities to issue a complaint about a mess he found on his property. The wooded area, not far off the road, was a common hangout for teens looking for a private place to party. Assuming that the scattered papers were from a bunch of students, the landowner contacted the authorities. The police weren’t interested until he detailed some of the papers; they’d come from the Antwerp Diamond Centre. The police were on the scene within minutes. It didn’t take long for them to start putting things together, and it didn’t help that the names of some members of the team of thieves were written on invoices and other bits of discarded papers. Within a week or two, Notarbartolo and three of four his accomplices were behind bars. The fifth was never discovered.

There are still a lot of questions about the Antwerp Diamond Centre heist that haven’t been answered, and that may never be answered. Notarbartolo claims that the entire thing was a set-up, that the man who organized the heist was working with many of the diamond traders, allowing them to claim their hidden jewels as stolen to claim the insurance money. Because of that possibility, no one knows the exact value of what was stolen.

Now, Belgium is actively trying to solve their most recent diamond heist, but with much less reported success than they had in solving the 2003 robbery. To date, there have been no major developments in tracking down the people responsible for taking $50 million worth of diamonds from the Brussels airport. There are some people wondering, however, if there may be some connection between the two robberies, especially considering the similar dates (February 15, 2003 compared to February 18th, 2013) and the small pool of individuals with the technical and tactical know-how to arrange a heist of that magnitude. If there are answers to be had, they won’t be found until Belgian authorities are able to track down the people behind the most recent heist.